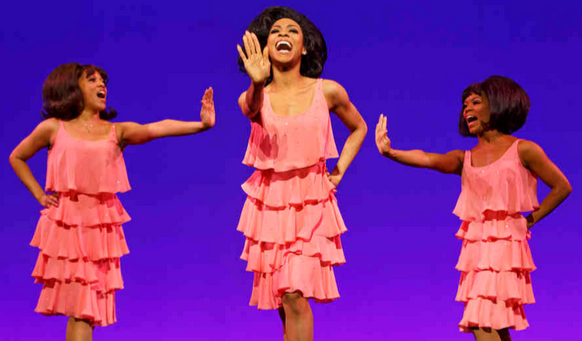 Here is the description provided on Goldstar:

Motown: The Musical thrilled Broadway and now it’s launching its national tour at the Oriental Theatre. Featuring classic songs from the heyday of the Motown sound, the musical tells the story of Berry Gordy’s journey from heavyweight boxer to heavyweight music mogul who launched the careers of Diana Ross, Smokey Robinson, Michael Jackson and more. The timeless Motown sound broke down barriers and got everyone moving to the same beat. Experience the story behind the music in this record-breaking smash hit featuring favorite songs like “My Girl,” “Ain’t No Mountain High Enough,” “Stop! In the Name of Love,” “Baby I Need Your Lovin'” and many more.

This show has received four Tony nominations and has been a huge hit in New York. Now it’s our turn to experience the music!