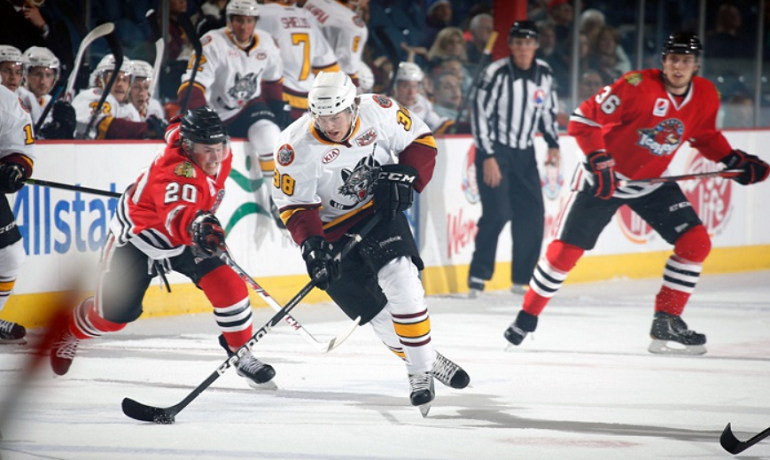 Chicago Wolves Hockey Game deals: One of the more unique things about Chicago is the number of sports teams that we have. Chicago is one of the few cities that has one or multiple football, baseball, hockey, basketball and other sports teams, so there is always a game to go to. That being said, it can be EXTREMELY expensive to go to a live game – any game. That is why I try to take advantage of Chicago Wolves Hockey Game deals when I see them! I love watching live hockey (my brother used to play), but between the cost and scheduling, the Blackhawks can be tough to go out and see live. Wolves games are fun, eventful and a great option for the cost conscious.

For a limited time, you can get Chicago Wolves Hockey Game Deals on four different dates and at two different times. Tickets are only $13.50, down from $21.75. That means that you can take a family of four for only $54 – far less than the cost of one ticket to see the Hawks or any other team!