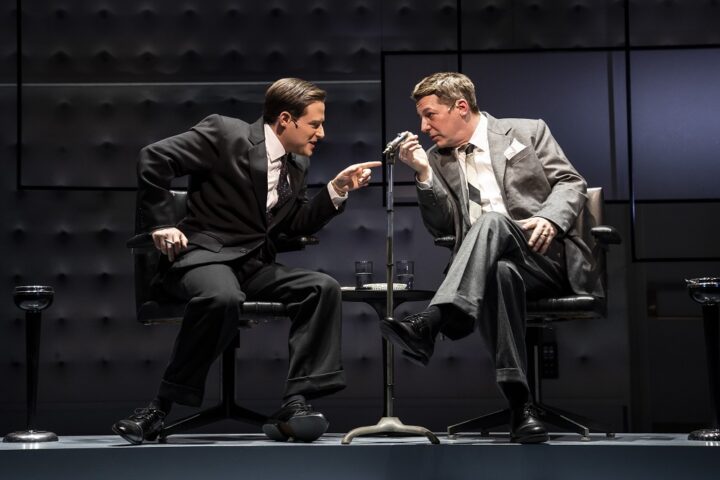 In 1958, actor, pianist, and all around “character” Oscar Levant was one of Jack Paar’s favorite guests to have on his late-night talk show. They chatted, smoked cigarettes, and bantered about topics that would regularly have the NBC executives raising their eyebrows.

In the brand new play Good Night, Oscar, Doug Wright gives us a slice of life from this very time. The dramedy brings us to a specific night where Oscar Levant is set to be a guest on Jack Paar’s show. When Jack is informed by Oscar’s wife that Oscar is currently in a psychiatric facility receiving treatment, a debate ensues. She proceeds to get Oscar a four-hour pass, and regardless of his current mental state – because a professional is a professional – he appears on the Jack Paar show. 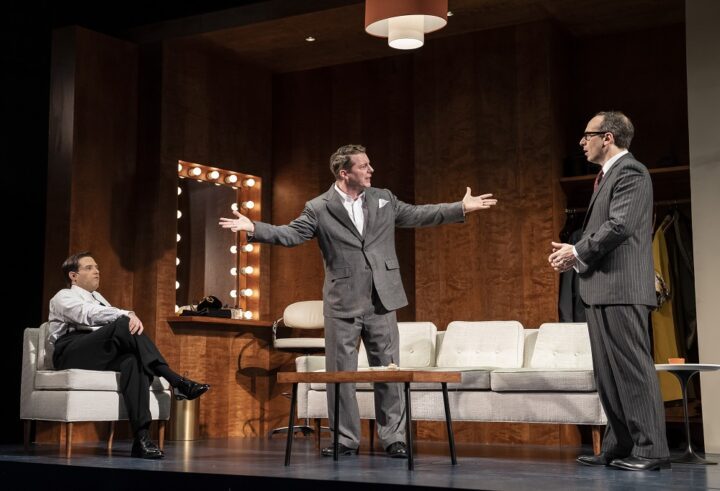 This show is a marvel. Every member of the seven-person cast brought their A-game, and every moment was choreographed beautifully. The timing was sharp, the cast was engaged, and the talent was palpable. 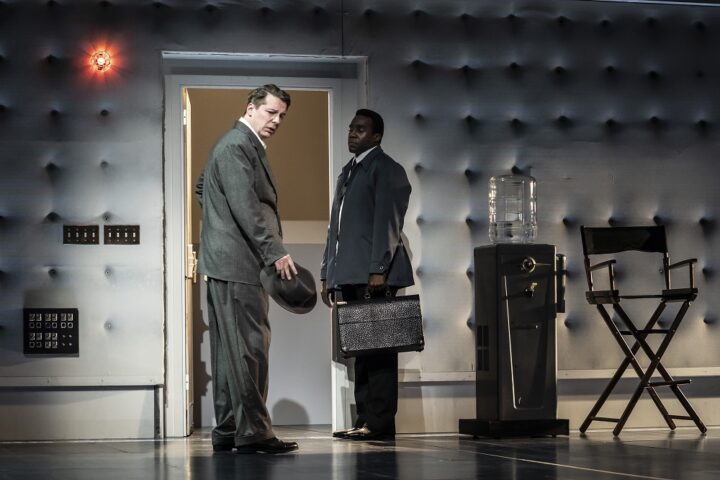 I was particularly drawn to Tramell Tillman’s Alvin Finney, the orderly who accompanies Oscar from the hospital. There was a steadiness and peace in his being that elegantly offset the energy of the frenetic Oscar. 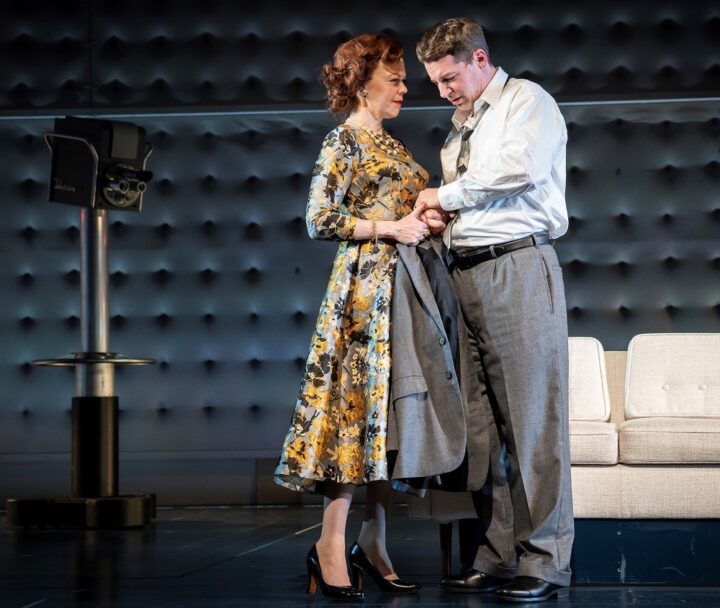 The costumes stole the show during the first 10 minutes of the production. June Levant (played by an unyielding Emily Bergl) wore a yellow and silver flowered dress with a matching overcoat that one couldn’t help but gape at. It made you wonder back to a time when people dressed like that. Did that ever really happen? It should happen again. And the green and white striped sweater that Jack Paar (played by a congenial Ben Rappaport) wore made this reviewer wish she had found it first.

The sets moved smoothly and efficiently, as interesting to watch as one of the characters. The transitions between scenes, as couches and backdrops slid seamlessly offstage while another began to move forward or descend from the sky, was hugely enjoyable. Plus, in the end, as much as you were on the sound stage with Jack Paar and Oscar Levant, you were also in the same padded room. 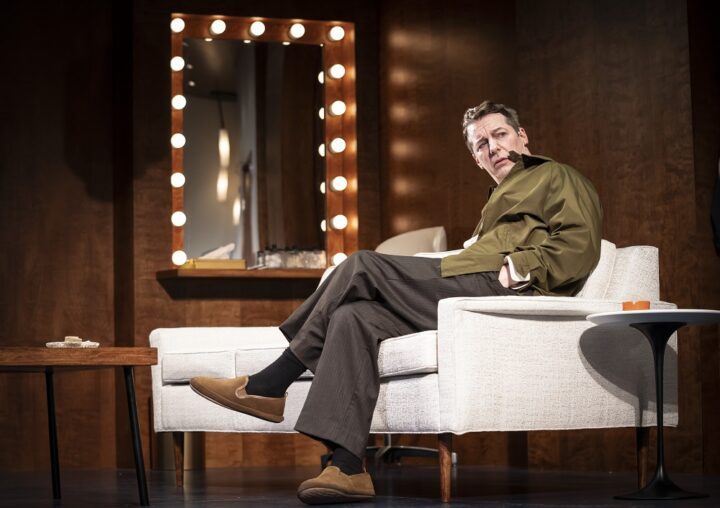 And then there was Sean Hayes as Oscar Levant. To say that Mr. Hayes’ performance was extraordinary is an understatement. I cannot remember the last time I watched an actor only to have to lift my jaw off the floor. From the moment that he entered the stage, not only was he Oscar Levant, but he was a pained, conflicted, and tortured man who knew who he was and who he was expected to be.

Everything from the way that he carried himself to the slouchy clothing (that he wore as much as it wore him) to the constant ticks and movements brought on by both mental illness, previous treatments (such as electroshock therapy), and side effects from the medication, Mr. Hayes was a revelation. And by the time you get to the emotional climax of the show, you are experiencing every movement and intensity right along with him.

Let’s just say plainly – if Mr. Hayes doesn’t receive a Tony nomination and/or win for this remarkable portrayal of Oscar Levant, something has gone terribly wrong. 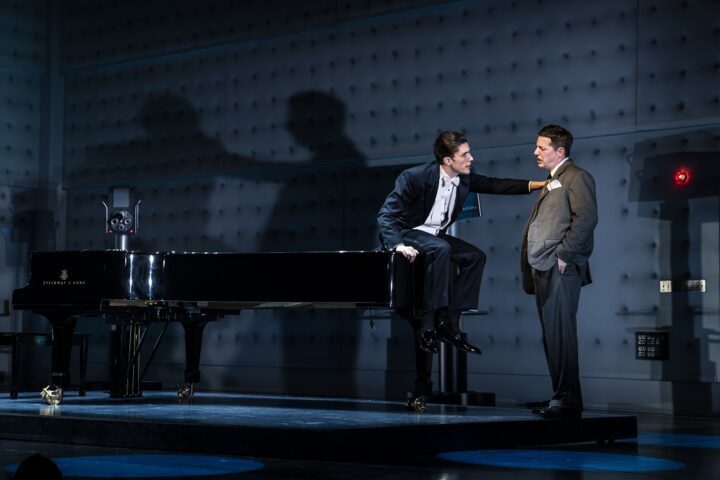 Luckily for us theatergoers, there are many great shows with which to spend our time – but this is on a whole other level. Magic on the stage should not be taken for granted.

With a six-show extension already, and while it is in Chicago (surely destined for Broadway), make sure that you purchase your tickets now. You will thank me.