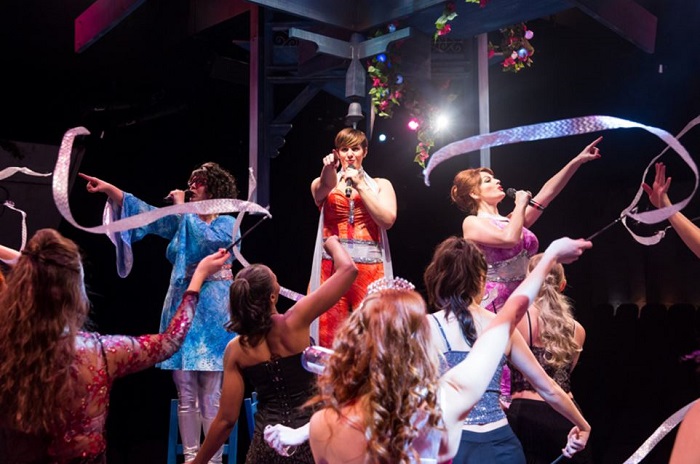 As you walk into the Marriott Theatre’s in-the round venue for a performance of Mamma Mia!, you immediately know that you are going to experience something interesting. You are greeted with a stage encompassed by water, and about a dozen shuttered windows on the walls surrounding the audience. But when the show begins and the energy ignites, the sparks start flying.

Mamma Mia! is both a concert masquerading as a musical and a touching coming of age story – for most of the characters involved. We first meet Sophie, who is sending three letters to three men that she’s never met, inviting them to her wedding. We quickly learn that her mother, Donna, had a love-affair with each of these men over a short period of time twenty-one years ago. Without letting her mom in on the news that her three potential fathers are attending her wedding, hilarity and heartbreak ensues – in the best way. 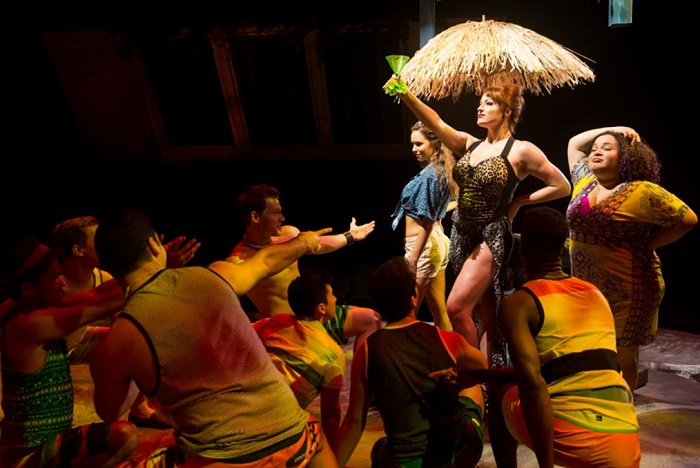 Led by the fantastically talented Danni Smith and Tiffany Tatreau, this ensemble of Mamma Mia! is second to none. Exhibited during numbers like “Does Your Mother Know,” “Lay All Your Love On Me,” and “Voulez-Vous,” the intensity of their spirit is palpable. The actors are having a blast on stage and that positive energy washes over the audience for the duration of the show. The electric energy put forth by the Marriott Theatre cast makes the experience of the “up numbers” so much fun that no one can control their bobbing heads, lip syncing, and dancing in the seats, while the dramatic moments and songs are met with tears and shallow breaths. In short, this production is a wonder. 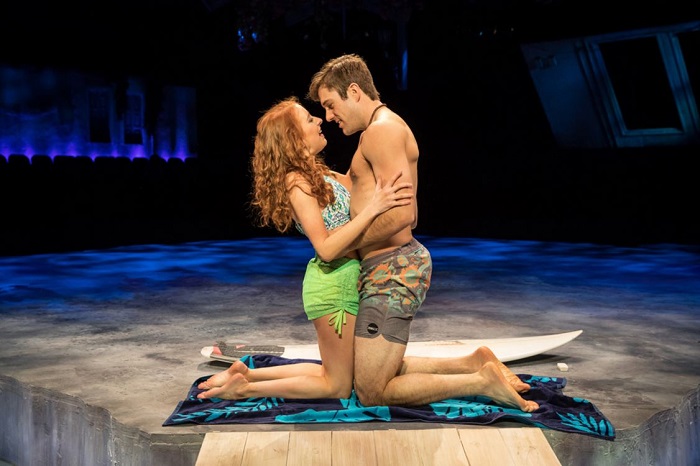 From the first moments of the Overture, as the house lights go down and the concert stage-lighting begins, a faint glow of color begins to increase at the walls around the gallery. The effect is to put the audience in silhouette – so as you’re looking around the room, you feel the excitement of the concert beginning. By the end of this show, you will find yourself happily exhausted from the wild ride.

Everything from the lighting to the costumes are spot on for this production. Taking place on a Greek island, most of the costumes – everything from puka shell necklaces to shirtless men to bikinis and beachwear – give you the feel of the warm weather. And then Donna, Tanya and Rosie appear in their 70’s disco garb and sing their hearts out, to the lively reaction of the cast and audience. 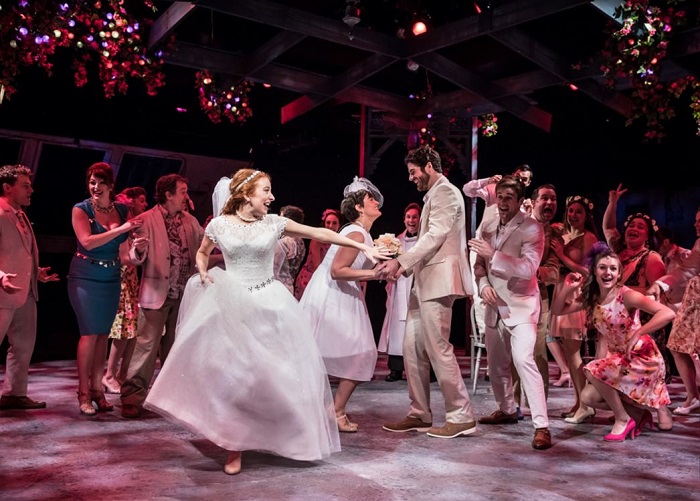 One warning that I will leave you with before you go off to buy tickets: you may lose your voice. You will be shouting and hooting and having a fabulous time, so it might be a shock that next day when your voice is hoarse. It is 100% worth it, believe me! And as the lovely patron sitting in front of me exclaimed after the encore (which you MUST stay for!!), “That was great!! Woo hoo!!” I couldn’t agree more.