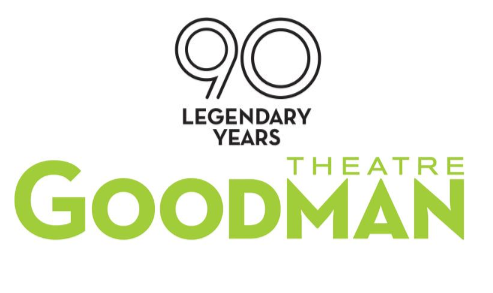 Goodman Theatre (located at 170 N Dearborn Street in Chicago) is celebrating it’s 90th anniversary with a “Season To Celebrate!” They have announced six of eight plays that will debut in either their 856-seat Albert Theatre or the 400-seat flexible Owen Theatre. And as an added incentive for patrons, subscriptions for this coming season will be available for as low as $90. Here is what you can expect for the Goodman Theatre 2014-2015 season:

The World of Extreme Happiness
In the Owen
By Frances Ya-Chu Cowhig, directed by Eric Ting A World
September 13–October 12, 2014
Opening night: September 22

When Sunny is born in rural China, her parents leave her in a slop bucket to die because she’s not a boy. She survives, and at age 14 leaves for the city, where she finds work in a factory and attends self-help classes in pursuit of a coveted office position. But when Sunny’s attempts at self-improvement lead to calamitous consequences for a fellow worker, she questions the system she’s spent her life trying to master. Savage, tragic and desperately funny, The World of Extreme Happiness is a provocative examination of individuals struggling to shape their destinies amid China’s dizzying economic transformation.

Smokefall was critically hailed as a “fragile, haunting, not-to-be-missed new family drama ” (Chicago Tribune) and a “rare treat…continually surprising, gently surreal…transcendently lovely new play” (Chicago Sun-Times). Change is in the air as Violet prepares to bring twin boys into the world. Inside her womb, her unborn sons contemplate their future, while the world around her is in transformation: her husband is secretly planning to leave her, her father is slipping into senility and her daughter has taken a vow of silence. Haunting and slyly funny, Smokefall explores the lives of this family in a lyrical treatise on the fragility of life and the power of love.

“Sharp-eyed and big hearted” (The Boston Globe), Rapture, Blister, Burn “keeps an impressive balance as its surfs several waves of feminism” (Time Out New York). Grad school pals Catherine and Gwen pursued completely different lives after graduation. Catherine became a controversial author, while Gwen married Catherine’s ex-boyfriend Don and raised two sons. After a decade-long estrangement, the women decide to spend a summer reconnecting. But their impulsive attempt to trade places soon erupts in a heated battle for Don’s affection and a fiery examination of their feminist ideals.

In 2007, Goodman Theatre became the first theater in the world to have produced all 10 plays in August Wilson’s “20th Century Cycle,” of which Two Trains Running is a part (the Goodman previously produced this play in 1993, directed by Lloyd Richards). The civil rights movement is sweeping across Pittsburgh’s Hill District in 1969, but the promise of a better tomorrow hasn’t quite reached all of the city’s residents, some of whom gather daily at Memphis’ diner to gossip about the neighborhood, dream about their futures and confront the brutal realities of the present. Now Memphis must decide if he should allow the government to take over his building or sell the property to a ruthless businessman. In one of his most affecting plays, written in 1990, the legendary Wilson explores a time of extraordinary change — and the ordinary people who get left behind. Illinois Tool Works is a Corporate Sponsor Partner for Two Trains Running.

Ella can’t wait to start her new job as the upstairs concierge at a sleek hotel. Catering to celebrity guests is her dream — but it’s hard to keep track of which guests are in which room, which guest is the biggest celebrity and which guests like to strip naked. Playwright Kristoffer Diaz gleefully skewers today’s fame – obsessed society in this hysterically off-kilter new farce.

As e-books and digital technologies transform the literary world, Chicago businessman Alex Ames must confront the likely demise of his long-standing African American book publishing company. While his employees fret over losing their jobs, Alex finds unlikely inspiration from a mysterious teenager, whose inventive, forward-thinking ideas may provide the solution to preserving Alex’s legacy.