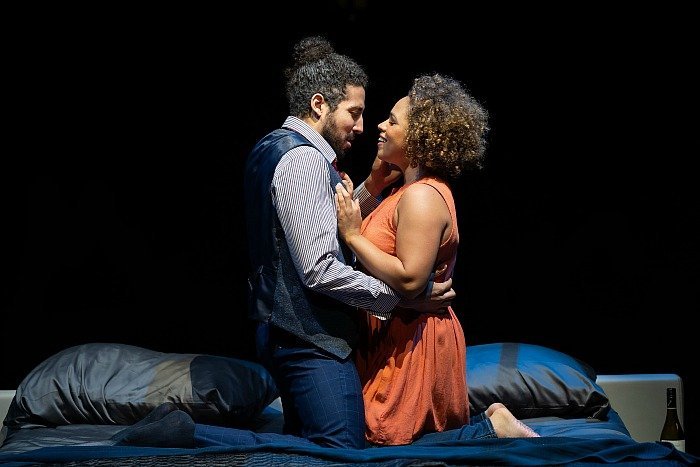 When one thinks of musical theatre, there are certain staples that you expect. You expect a story that is driven by drama or comedy, characters that you may or may not like (but hope to find a connection with), and music that drives all of it forward. In Marriott Theatre’s new production of Darling Grenadine, in its Midwest premiere, we got some of that. There is both drama and comedy, a few characters that are endearing, and well performed musical pieces. The issue was the lack of connection. 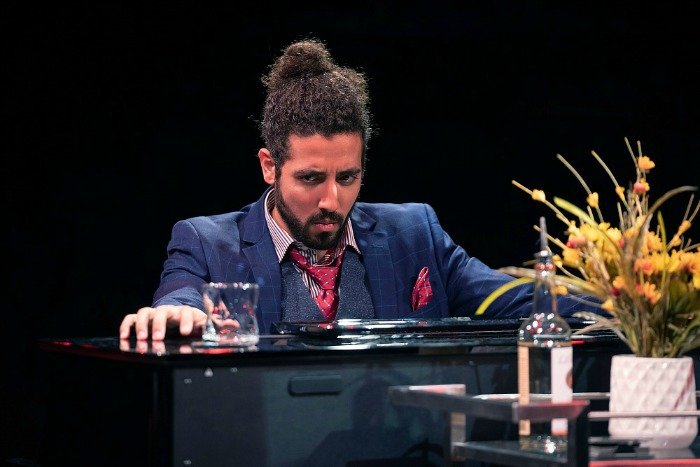 Darling Grenadine is the story of Harry (played by Heath Saunders), a bar owner and composer, who meets and charms Louise (played by Katherine Thomas), an actress. The two develop a relationship with normal ups and downs until Louise gets wind of the fact that Harry is a struggling alcoholic. With more downs than ups, and doing her best to support him through a tragedy and family disfunction, their relationship finds its way to a conclusion that is ultimately best for both of them. 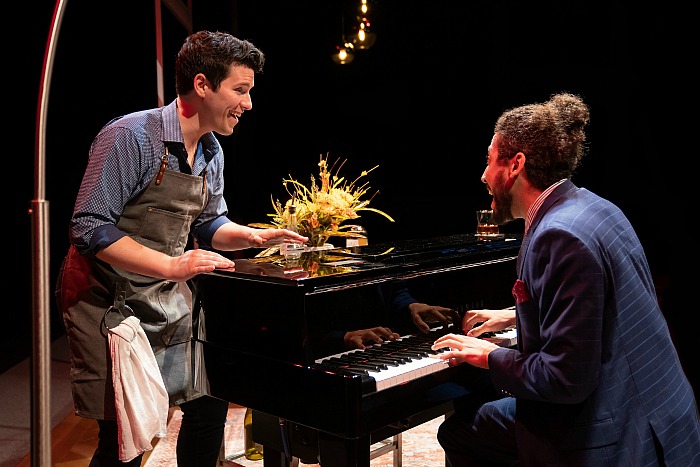 There are a total of five actors in this show, and each is a stellar performer. They work as a cohesive unit, with two (“Woman” played by Allison Sill and “Man” played by Brandon Springman) taking on all of the small roles throughout the piece (think customers, Louise’s co-stars in the play, a couple walking on the street, etc.) and the other three playing the leads. Nick Cosgrove (a standout) plays Harry’s brother and Louise’s confidante who helps to gel the pieces of story together. 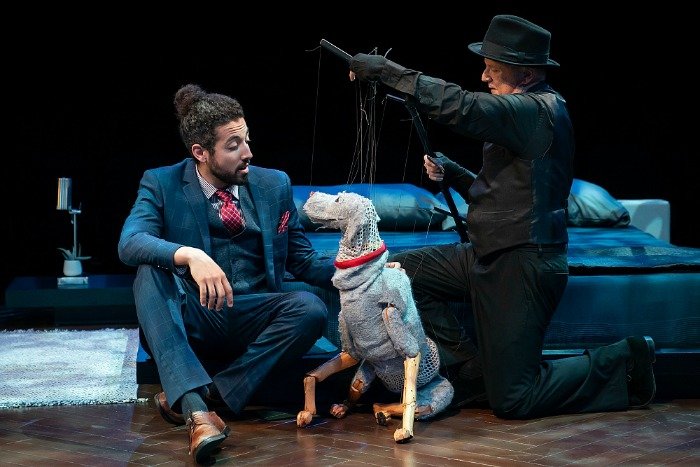 One progressive choice in casting is Harry’s dog. Paul the dog is another character in the show, and a main character at that. Performed by Phillip Huber of The Huber Marionettes, Paul the dog is lifelike and magnetic in the way that living dogs are. He plays, jumps, drinks, and breathes just like a real dog. And while one first notices Mr. Huber as the marionettist on the stage, he quickly becomes less of the focus as  Paul the dog integrates into the story. Mr. Huber’s black clothing, gloves, and brimmed hat, plus the fact that he keeps his eyes on Paul, leads the audience to also watch Paul. In a few short scenes, Paul the dog is just who he is – Harry’s trusty sidekick. 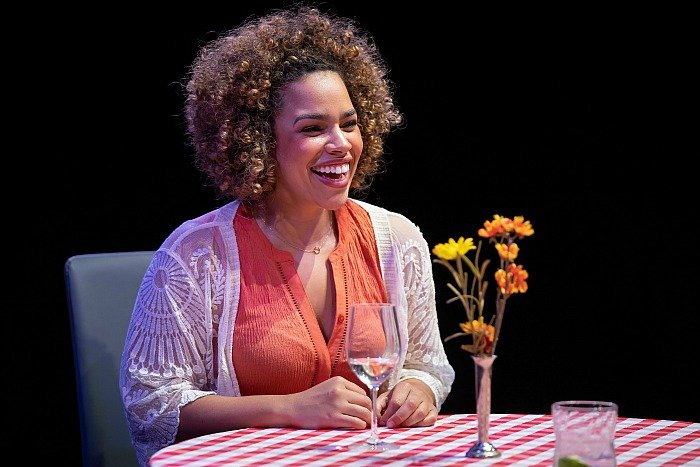 There are many intriguing aspects of Darling Grenadine that feel unique and risky. A serious story about an alcoholic and his downfalls isn’t your typical musical theater setting, but it works. Bits of Louise’s play performed intermittently throughout the show could have been a stretch, but it works. A marionette dog on stage? It works.

The main issue in this piece is the lack of connection between the show and the audience. There is music that is well written, but little with enough substance that you don’t find yourself humming afterward. The storyline has compelling overarching topics, but nothing to really draw you in. While there is substantial quality in the piece and the music within it, I was left wondering if the show knew what it wanted to be. And if the piece has trouble defining itself, it is difficult for the audience to become invested enough to discover what it has to offer.

Overall, Daring Grenadine is 2 1/2 hours of impressive talent, intense story, interesting canines, and a couple pieces of licorice. That said, I still feel like I’m missing something.