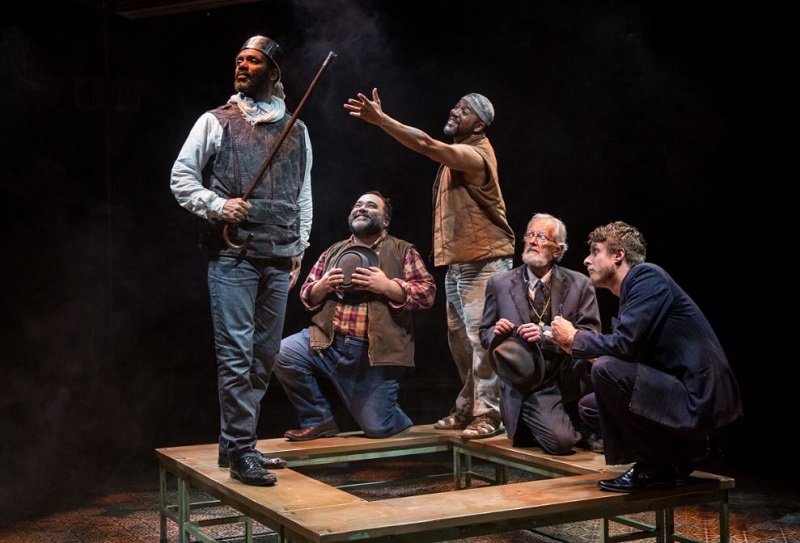 If you only have time to see one show this summer, make it Marriott Theatre’s Man of La Mancha. This modern retelling of the classic story will reach into your heart and have you leaping to your feet by the last note. The ensemble cast (led by Nathaniel Stampley as Cervantes/Don Quixote) performs brilliantly and at the same time fractures between scenes. It is a very deliberate choice that takes the audience on an emotional, uplifting and gut wrenching ride.

Man of La Mancha is the story of Cervantes and his companion Sancho who have been throw into prison during the Inquisition for foreclosing on a monastery. In this rendition, the prison is a modern day hell hole filled with dirty, seemingly dangerous prisoners – all attempting to steal the small number of possessions with which the men enter. Put on trial within the prison (by the prisoners – before that of the actual Inquisition), Cervantes begins a defense for keeping his belongings by performing his most prized piece – a manuscript of Don Quixote. He slowly casts different inhabitants of the prison as characters and the play within a play unfolds before us. 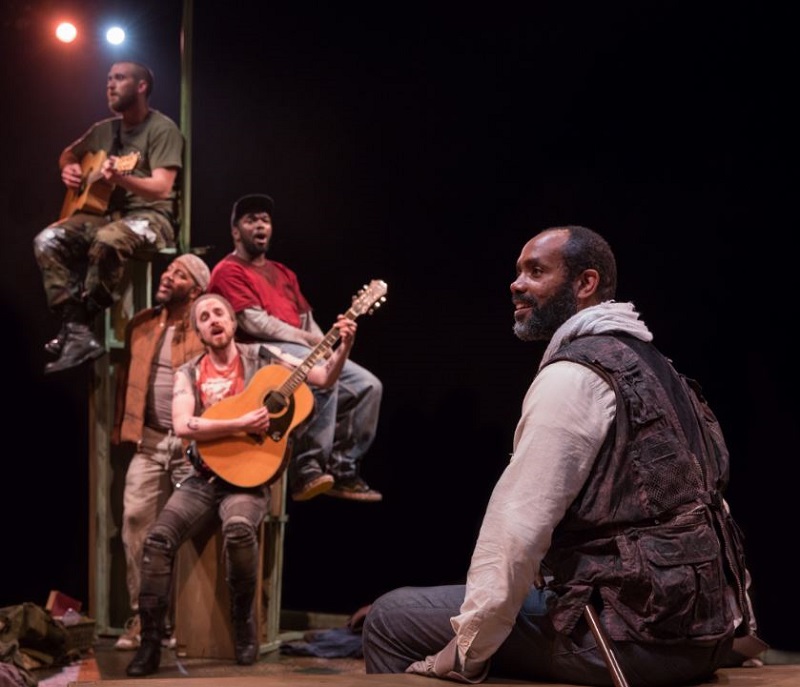 Nathaniel Stampley’s Don Quixote is a man who creates magic where there was none before. The performance is pure and truthful to the point where you feel it radiating from the stage. His eyes display a commitment and intention that carries the authenticity of the character, whether he be the soul of Don Quixote or that of Cervantes himself. Richard Ruiz’s Sancho is loyal, funny and kind, always there for this Don Quixote. Why? Because he really likes him. Danni Smith’s Aldonza (and Don Quixote’s Dulcinea) is tough as nails from the first moment. This woman who has been raised to believe she is worth nothing and is horribly victimized in front of our eyes, begins to crack just a bit to let in the belief of something more.

A show that is just as relevant in this day and age, Marriott Theatre’s Man of La Mancha is different from those you may have seen. There is nothing pretty or glamorous about this production. The one light in this pit of dejection is that of Don Quixote and his impossible dream. By the end of the show though, it won’t seem so impossible anymore.