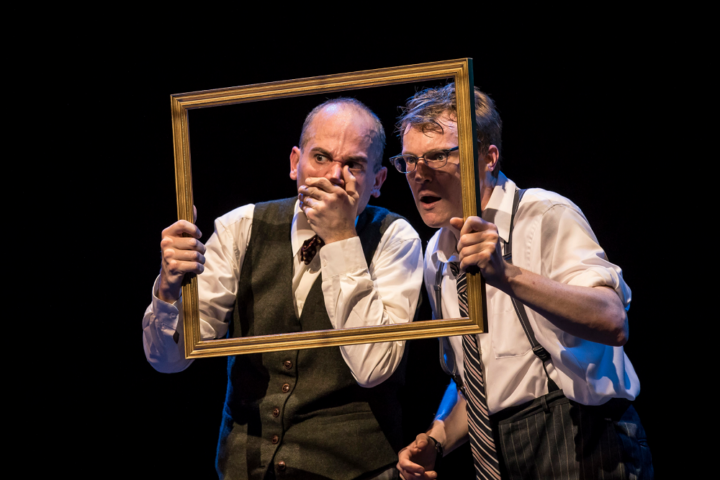 Zany, funny, wacky, and quick. These are the words that emerge when I think about the new production of Murder For Two at the Marriott Theatre in Lincolnshire. And tissues! I should mention tissues. You’ll need them to wipe away the laughing tears streaming down your face. 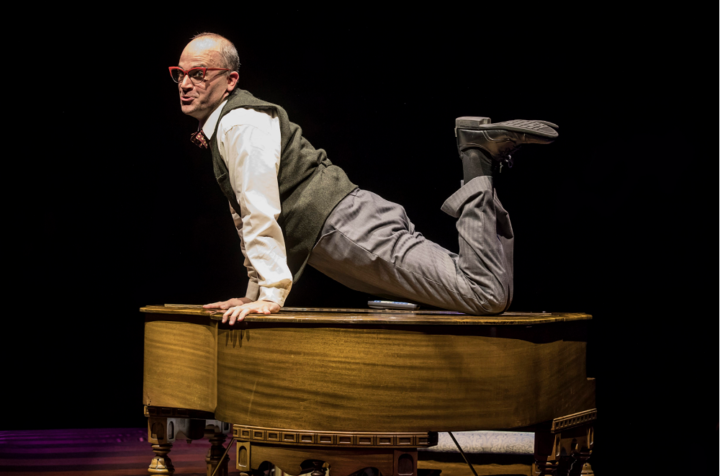 Murder For Two is a show about a murder. Well, it’s less about the actual murder (and the invisible body that gets suddenly noticed, tripped over or ignored altogether) and more about the twelve suspects. When a writer is shot while entering his surprise party, everyone in attendance becomes a person of interest. Enter Marcus Moscowicz, a small town policeman, who has arrived to try to solve the case. He is not a detective yet, but is determined that this case – and the solving of it – will launch him into the position. If he can just figure everything out before the real detective arrives… 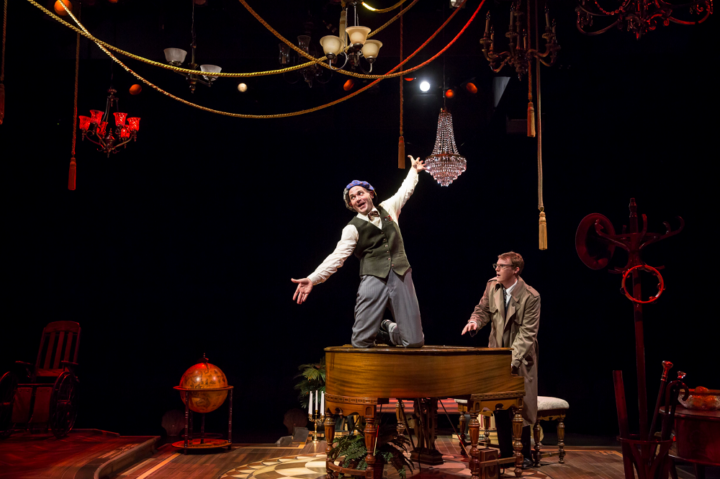 The twelve suspects are each unique and hilarious in their own way. They run the gamut from a sophisticated and sexy ballet dancer to three boys from a children’s choir to a wheelchair-bound psychiatrist – and they are all played by the same actor.

For a full hour and a half (with no intermission), there are two actors on the stage who play every character in the show. Marcus Moscowicz (played with endearing kookiness by Noel Carey) is the (fairly) stable center and the twelve suspects (played by Jason Grimm, brilliant) provide all of the spokes of a wheel. This duo is also in charge of the music for the show. Both actors play the piano proficiently and frequently – so much so that it almost becomes a character of its own. 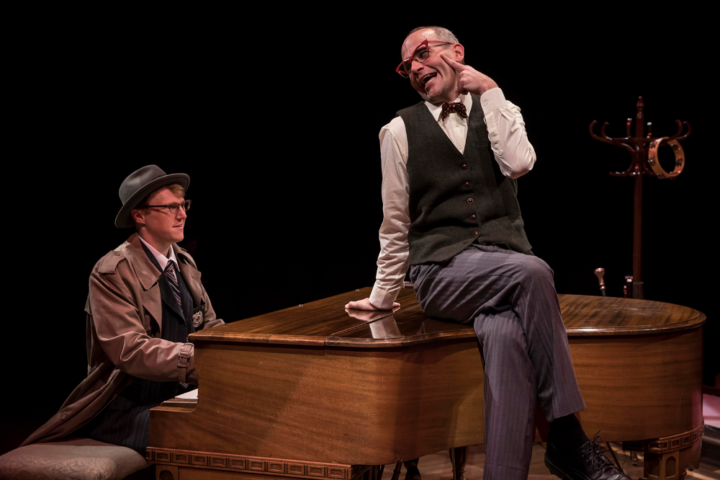 It is difficult to say much more about the plot of the show without ruining the fun, so forgive me for not doing so. I have your best interests at heart. That said, I don’t remember the last time I laughed at a performance the way I did at this one. And it wasn’t just me. There were cackles and pauses to allow for laughing throughout – which was gracious of the performers, because we the audience could not contain ourselves. 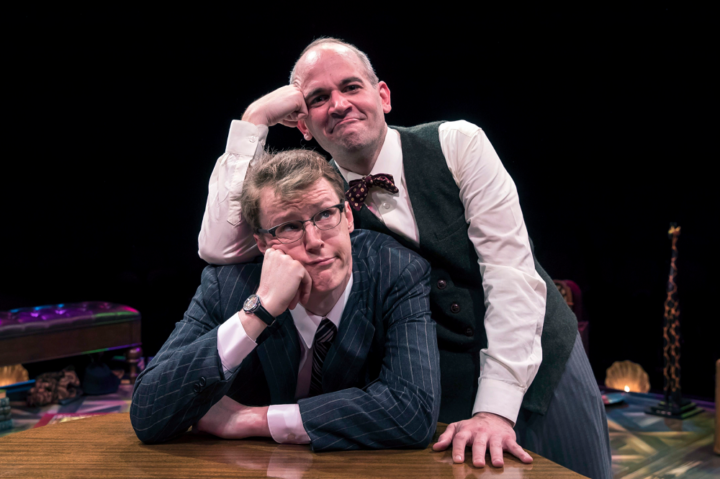 Murder For Two also provides another unique situation for the actors. It is just the two of them up there, surrounded by semi-gaudy chandeliers and décor that is the character’s house. When it is a two person cast, there is the potential for knowing each other very, very well on stage. And just like those skits on Saturday Night Live, we were privileged to be able to see two of those delicious moments when the actors were legitimately breaking character for a split second because they were having so much fun. Where they were looking at each other with a twinkle in their eyes, and we got to be witness to it. These moments made the night that much more fun. 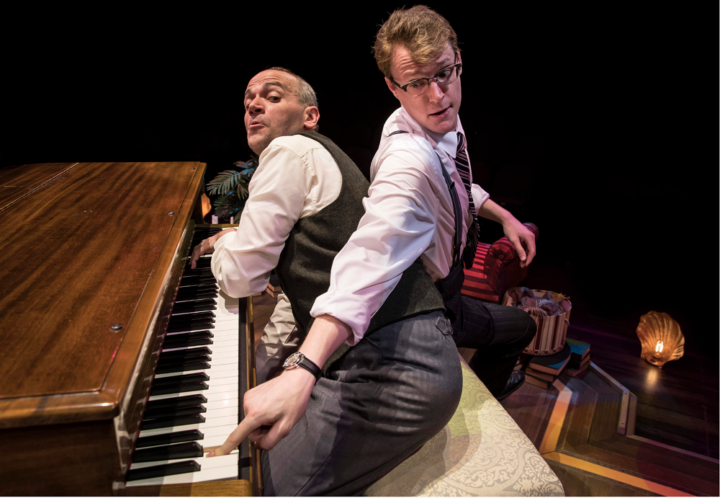 Murder For Two is a nutty romp that is absolutely worth the hour and a half of your time. With two actors who are as talented as these gentleman, give the gift of taking yourself out of the world for a bit and laugh until you cry. This is one murder that you truly want to know more about.