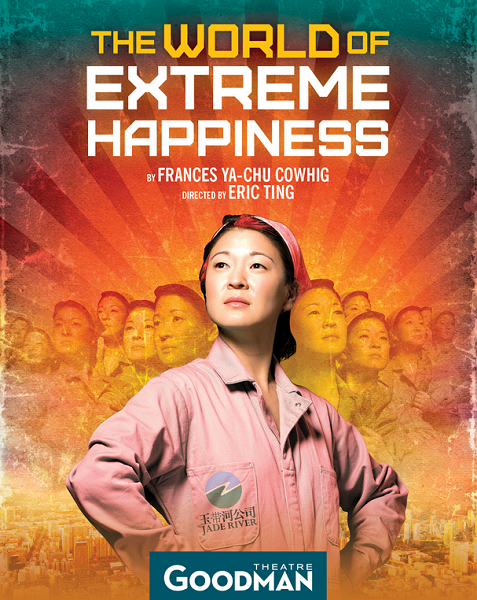 The World Of Extreme Happiness (playing at the Goodman Theatre through 10/12) was written by Frances Ya-Chu Cowhig, who was born in Philadelphia and raised in Northern Virginia, Okinawa, Taipei and Beijing. Her intention with this piece was to create a show centered around a strong Asian woman with bigger dreams than the world that she was born into. And while the show does portray this strength in the main character of Sunny, this show itself felt like it didn’t always know where it intended to drive the audience.

The World Of Extreme Happiness is about a girl named Sunny who was unwanted as a baby – as her parents awaited a boy – and left to die. After being found alive after some time, her parents decided to keep her and raise her until she was old enough to be of some use. As Sunny grows up, she finds that she has bigger dreams and larger hopes, but that it has never been within her reach to grasp them. That is where the question of the show lies – Is it possible to change one’s destiny? This show teeters on the edge of showing you – through different eyes – how this is both possible and impossible at the same time. I would guess that you would have to define the word “change” in order to answer that question for yourself.

With some vulgarity in the show right from the beginning, I expected that this would either come off as a hard hitting comedy or a tough drama. Unfortunately, it never felt like the show settled on a tone. I am not saying that a show has to fit any particular category, but tonally, I never felt that it entirely clicked. That said, there were some standout scenes and technical choices. 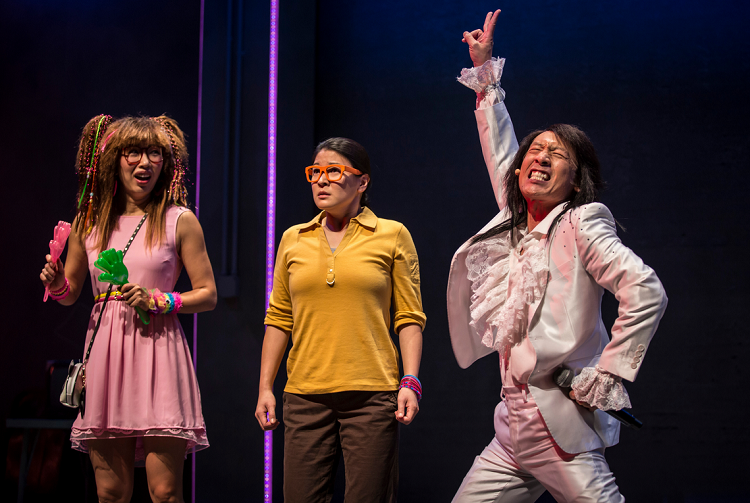 Meeting Mr. Destiny was a pleasure. His entrance brought a breath of fresh air and direction into the show. The use of the webcam to project his image – as well as the guests he brought on stage – onto the wall behind him gave the distinct feel of watching a televangelist or “stage healer.” The actors all committed and seemed to enjoy the many parts that each played, so this was a fun bonus for the audience as well.

At the top of the show, the lights went out with both the pattern and the sounds that you would hear in a warehouse as the lights are being shut down section by section. This immediately clued you into the fact that you were entering the world of sweatshops and institutionalized work environments.

The World Of Extreme Happiness gives an extremely interesting glimpse into a world that most Americans aren’t familiar with, but it never quite hits the mark on connecting with the audience. This missing connection is what leaves it lacking.